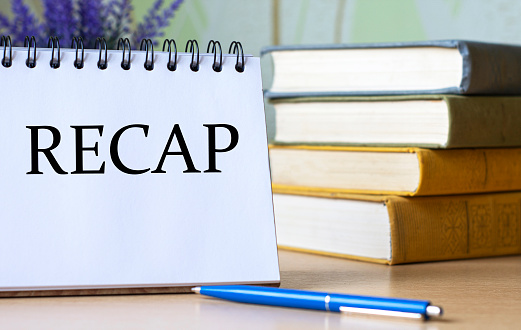 Investors in India have had a good time in the year 2021, especially in the equities market. The beginning of 2021 saw the Nifty 50 index outperforming its peers across the world! The reasons behind this incredible performance by the markets are higher corporate margins leading to improved earnings and macroeconomic conditions. The icing on that cake was the retail investor participation!

The year 2021 was supposed to be one where we see the “V-shape Recovery”, although it ended up being more of a W-shape with more starts and stops. So, let’s take a recap of the year 2021 and the changes that took place in the economy and markets.

The inflation rates across the world have expectedly seen an uptick. This was a predictable outcome after the lengths to which central banks went to put their stimuli packages in place. Though leaders talk about these increases being just a temporary phase, the rise definitely puts common people in crisis. To add to the woes, the Covid-19 virus seems to be dynamic in coming up with new mutations, the latest being the Omicron Variant. Pew Research Center did an interesting analysis across 46 countries to check for highest and lowest points of annual inflation in the third quarter of 2021. Argentina with 51.9% and Turkey with 19.3% were at horrifyingly high levels.

Americans were not spared the wrath of inflation either, even as they browsed the food shelves. As per the same article put out by Pew Research Center, the annual rate of inflation, measured by CPI or Consumer Price Index hit a high of 6.2% in October 2021, the highest in three decades! This is probably what prompted the Federal Reserve to bring ahead their intended yield curve tapering from 2023 to 2022 with three planned rate hikes.

Indian story with respect to inflation is no different. Retail inflation in November 2021 was recorded at 4.91%. Although on an annual basis, this is lower since last November we were seeing much more of the pent-up demand, this number is an increase from the 4.48% in October 2021. The country has managed to be within the tolerance level range of 2%-6% for 5 months at a stretch this year, after seeing a rise in May and June. Indians also saw a hike in the price of fuel and food due to unforeseen events.

On the whole, there was a significant fall in food inflation, which was above 5% at the beginning of 2021, to around 0.7% in the month of September. Most of this is attributed to the base effect of much higher inflation seen in the latter half of last year, and being tamed in this year. At the same time, inflation in fuel saw a rise from 8% to about 13.6%. While overall inflation declined for all income classes in this fiscal year 2021-22 compared with the last, the poor i.e. the bottom 20% have borne the brunt in both the fiscal years.

The repo rate and reverse repo rate in India have a status quo maintained on them at 4% and 3.5% respectively, by the Monetary Policy Committee (MPC). Furthermore, the bank rate, as well as the marginal standing facility (MSF) rate, stay unaltered at 4.25%. While a lot of market watchers expected rates to start their journey towards normalization in the last monetary policy meeting of the year, fears of the pandemic raging it’s ugly head again kept the central bankers on status quo.

The Indian Stock Market
Those who started investing in equities this year have been granted a lot of opportunities to recover the lost ones! The Nifty50 index rose to almost 30 percent this year, which was way better than the Asian, the UK, the US, as well as European stock markets.

Let’s break this up – The year started on a high with Sensex hitting the benchmark of 50,000 for the first time. However, quite a few investors took that and the upcoming Union Budget as triggers to book profit, and on Jan 29, in a span of just 6 days, Sensex lost about 3,500 points. However, the budget was quite promising with many plans of government spending and job creation. This was followed by an increase in the market-cap of companies listed on the BSE, from Rs. 6.78 trillion to around Rs.192.9 trillion, thereby pushing the markets up by 2,315 points.

On Feb 26, the Sensex fell by 1939 points, and this was led by sectors like Banking and Finance. Also, on April 12, due to the rise in Covid-19 cases, the Sensex fell by 1700 points. However, the second wave was not considered as much of an unknown by the market. Also, while it was far more lethal, it also turned out to be shorter and the market did not shed as much as it did the first time.

India Inc continued to come out with better than expected results, aided by the low base.
As we approached the festive season, economic recovery and strong global markets combined to mix into a potent cocktail of euphoria, visible in the dizzying reached by Sensex. For the first time on 24th September, 2021 Sensex crossed 60,000. In about another month, on October 18 they reached their highest-ever level of 61,765!

Although FIIs played their part in the astronomical rise seen in the stock prices early on, the last few months it’s the retail investors which have hogged the limelight. Till mid-December, FIIs have been net sellers of approximately Rs. 47,000 Crores. Yet, all the indices are up by a healthy shade of green thanks to the retail investor participation. However, the view is mixed whether this trend is sustainable.

The Mutual Fund Industry
In India, the mutual fund industry had a reason to celebrate, by crossing the milestone of having 10 crore folios in May 2021. As of November 2021, the number of folios stands at around 11.70 crores.

Variety is the spice of life. The Indian mutual fund industry and it’s investors truly imbibed this saying in 2021, with a string of NFOs or New Fund Offers sprinkled through the year. SBI Balanced Advantage fund created a record by collecting Rs. 14,551 Crore with the right timing of launching when people feared the market was getting too expensive. Most new launches were clustered around a few categories – Multicap and dynamic allocation in equity, a number of combinations in passive including factor based, global funds and in debt the space was dominated by floater funds.

Ten signs that you are with the wrong financial advisor

4 Mistakes to Avoid when investing in an ELSS

What Are NFOs And Why Should You Invest In Them

How to plan a travel budget

How can SME owners save for a rainy day and build...

Pratik Sarawogi - February 28, 2021
Rainy days can come unannounced. If you are a small business owner, a sudden financial crisis can put a dent in all...