Home Advisory 5 Reasons why the World is falling apart ? 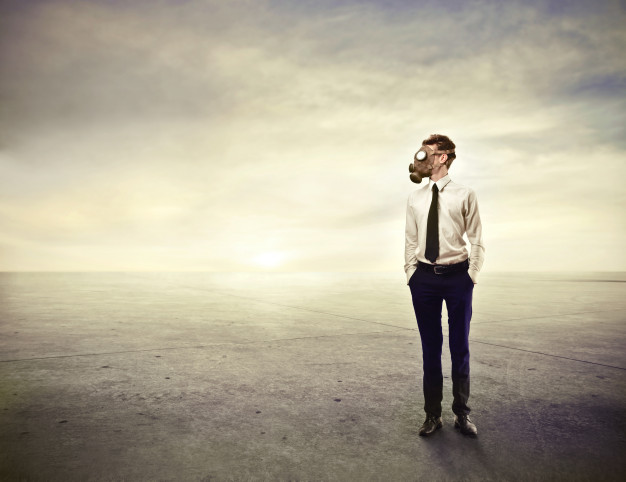 Ever noticed how Friday the 13th is always associated with horror in Hollywood movies? Well, this past Friday the 13th (March, 2020) we saw our own horror story unfolding on Dalal Street. Nifty and Sensex saw a lower circuit breaker being imposed, with trading halted for 45 minutes, for the first time in 12 long years! While the markets did somewhat recover after that major jolt, the Indian markets are yet to get back to their good spirits. Even this week, we have seen markets either in the red or being flat. Here we share 5 reasons behind the current turmoil being witnesses in the Indian equity markets.

What is the one thing on almost everyone’s mind around the world? You got it. Corona virus. Two words often quoted as a crucially important measure to prevent it’s spread are bound to strike fear in almost any capitalist society – social isolation. With people increasingly encouraged to work from home, stay at home, not travel and definitely not get together in large groups, the idea that normal life has been disrupted would be an understatement. This announcement has had obvious domino effects with event cancellations, lower footfalls in retail & food as well as flight operations being the primary, most visible impact. However, the trickle-down effect on most other industries is also bound to be there, in varying degrees which is spooking the market.

We are at a stage when a lot of jobs, especially in the service sector can be done from remote locations. No wonder, wfh or work from home has become a cool abbreviation to be thrown about in the times of corona. However, there are still a lot of manufacturing industries which depend on people showing up to work in large numbers, interacting with each other probably including bodily touch, operating certain fixed machinery and ensuring an expected output. Such output has been disrupted at a time when people coming together signals a high probability of infection. Industries are only now beginning to face looming inventory challenges and the threat of supply issues which the market is foreseeing is getting translated and factored into the prices.

At a time of global crisis like this, we all expect that countries would forget their own differences and cooperate and coordinate for the good of human kind. Alas, if we did that, would we really be human? The first country to see a total lockdown was the world’s manufacturing hub of China. Consequently, their penchant for consuming oil also saw a downfall bringing down the global demand for oil. While Saudi Arabia called for the production to be reduced across OPEC+ regions (Middle east and Russia) to maintain stable oil prices and not have it fall in a resultant supply glut, Russia refused choosing to see it as an opportunity to wrest back market share from US shale oil producers. What ensued was other producers like Saudi Arabia and UAE deciding to raise their oil production as well. As a result of the oil game of thrones, we have seen the prices collapse by 30% in just one week of March! Oil is like the elixir of modern human life. While lower oil prices do stand to benefit India in the short term with lower import bills, a production glut can only be dangerous trajectory in the long run, leading to running out of it too early. Also, considering the history of oil and geopolitical conflict, such sharp swings in oil always get the equity market antlers up.

While the above three factors have impacted all markets across the globe, in India we continue to see fresh financial mishandlings come to light. Details unfolding in the Yes Bank case have most righteous citizens raise eyebrows, be it the kickbacks, the lax credit management policies or the ostentatious wealth built and spread across the world. But, the real kicker was the day RBI imposed a moratorium allowing Savings Account and deposit holders a withdrawal limit of merely Rs. 50,000. While RBI seems to have saved the day this time with a patchwork solution of other relatively healthier banks bailing this one out of quarantine, the market remains on it’s guard to see whether there are more skeletons waiting to tumble out and how will that impact our general economic recovery.

While this word might draw sniggers and scoffs from some of the readers, especially considering a lot of the more rational reasons enumerated above, there is research to show that sentiment and market performance are indeed linked. So much so that Nobel Prize winner Robert Shiller has published an entire book (Narrative Economics) to put forth his views on “How Stories Go Viral & Drive Major Economic Events”. Considering so many of us are home with much more time on hand, you can get a short tour of this idea by listening to this fantastic podcast episode of Hidden Brain. Suffice it to say, when all around we are surrounded by fear and pessimism, those emotions are bound to seep into and grip the markets as well.

What do I do as an investor?

Now that we have a well-rounded view of the reasons behind the current bouncy nature of the markets, we can also agree that a lot of these factor should see a turn around as the tide of coronavirus turns. However, we might as well brace ourselves for a rocky few months. If you do not have any excess liquidity, stay put and wait it out. Do not give in to the temptation of using your emergency fund or borrowing money to make the most of attractive valuations. On the other hand, if you do have excess liquidity, then this is a golden opportunity. Chunk down your cash and enter the market at multiple points through SIP or Systematic Transfer Plan over a 3-month period. While we cannot predict the bottom, the probability of getting an average cheap valuation over this period remains fairly high.

Last and the most important:

Keep safe, spend time with your families and stay the course of your financial plan.

6 Tips to Create An Investment Portfolio

Mohit Gang - May 23, 2019
Indian markets give a thumping salute to a historic mandate. Sensex crosses 40k and Nifty breaches 12k mark in the day’s trade...