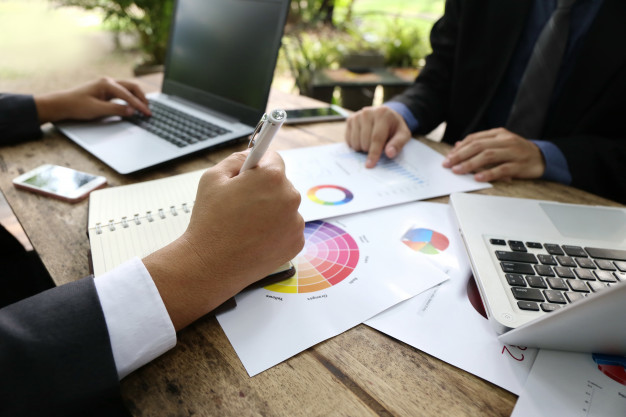 As investors, we not just look at short-term gains to meet our immediate goals, but also look at building a corpus to meet long-term goals. One of the simplest and convenient ways of building a corpus is by investing in mutual funds. The overall performance of a mutual fund can be measured by comparing it to a standard known as a Benchmark. In India, it is mandatory to declare a benchmark index according to the regulatory guidelines of the Securities and Exchange Board of India (SEBI). For instance, a lot of large-cap funds, as well as index funds, are measured against the Nifty 50 and this makes the Nifty 50 a benchmark for these funds. So, what does a benchmark actually mean?

Benchmark – What Is It?

An index that helps in evaluating the overall performance of a Mutual Fund is referred to as a Benchmark. A benchmark indicates the probable earnings of an investment and this could be compared with the real earnings. In India, there are numerous fund houses offering data pertaining to benchmarks for large-cap, mid-cap, as well as small-cap funds inclusive of indexes such as Sensex, NIFTY, BSE 200, etc. Generally, mutual fund houses try to ensure their targets are in sync with the returns of the benchmark. Let’s have a look into how the performance of funds is measured against the benchmark.

Financial Ratios – Measuring the Performance of a Mutual Fund against Benchmark

So, how is a mutual fund’s performance evaluated and measured? The performance of a mutual fund scheme can be measured by analyzing if your funds have given you a greater return in comparison to the benchmark. In case it has, then the scheme has outperformed, and in case the benchmark has delivered a return greater than that delivered by your scheme, then your scheme would have underperformed. Furthermore, if there has been a consistent fall in the benchmark index for a while, wherein there has been a fall in the NAV of your scheme as well (though a lesser percentage in contrast to its benchmark), then your scheme has outperformed. The performance evaluation of a fund depends on whether the fund has outperformed, underperformed, or matches that of the benchmarking index. In addition to this, a few measures are used to evaluate and analyze the fund’s performance, for instance, financial ratios. There are a few financial ratios that help determine the characteristics of an investment and they are used by many fund houses.

In a  specific mutual fund, the difference between its expected and actual return can be calculated by the Alpha. The calculation depends on the additional returns that an investment generates post fulfilling the risk criteria. Alpha is also used to determine the performance of a fund manager. Generally, a higher Alpha is an indicator of the better market value of the fund manager. Furthermore, a fund manager who is consistent in beating the benchmark irrespective of the market scenario would be in a position to offer better value to the investors.

The Beta ratio evaluates the risk that is connected with the fund based on the fund’s benchmark index. We consider those funds having a Beta ratio greater than one to be volatile, and those with a Beta ratio lesser than one to be less risky in contrast to their benchmarking index. This ratio varies based on the kind of investment, i.e., large-cap, small-cap, or mid-cap.  Beta is quite a stable base wherein the expected returns of a specific investment can be calculated.

It gauges the fund performance influencing its benchmark. R-Squared measures the extent to which the performance of a fund can be accredited to the chosen benchmark index’s performance. This is a number between 0 – 100, wherein the lowest correlation is 0 and the exact is 100.

Factors to be considered while Benchmarking

There are a couple of factors that must be considered whilst benchmarking a fund portfolio. They are:

The creation of an asset allocation model helps reflect the risk profile of an investor and this helps in identifying the ideal benchmark for the investor. The allocation could be by way of the larger indices, or also by dividing the value into mid-sized or smaller indices to enable a better evaluation. In order to get an understanding of the time horizon as well as fund performance, different benchmarking indexes could be used for different Mutual Fund types.

The financial markets are constantly fluctuating and this is the reason behind the variation in the performance of any mutual fund. A Benchmark gives you a recognized platform wherein the returns can be compared. Let’s take the example where the benchmark for an equity fund is the Sensex. In such a scenario, the returns of this fund could be compared with that of Sensex. The benchmarks are chosen by mutual fund houses post considering various factors such as market capitalization, sectoral strategies, thematic strategies, etc.

A fund that outperforms the benchmark will give you a better return than a fund that underperforms. Generally, large-cap funds are apt for investors having a low-risk appetite, and the mid-cap, as well as small-cap, are best suited for those with a high-risk appetite. Different funds have different benchmarking indices that give investors a clear outlook regarding the fund’s performance thereby enabling the investor to decide wisely.

Usually, in order to be benchmarked, any investment must have a minimum tenor of one year, as this gives a lot of time to assess the risk of any stock. It also enables benchmarking tools to evaluate the risk profile, the fund allocation, as well as returns of a specific portfolio.

To sum it up, while selecting a mutual fund, a very important factor that must be undertaken by every investor is the evaluation of the fund to check if the fund has outperformed in contrast to its benchmark or has it been an underperformer. Also, it is advised to check the fund’s performance history over the past few years, as this will give you an idea of the fund’s performance; i.e., if it has overperformed consistently or not. A Benchmark will help an investor analyze the returns and performance of any mutual fund scheme and help them make some wise investment decisions.

Are Flexi-Cap Funds a good option to invest in?

Dilip Chaturvedi - January 18, 2022
The markets have shown a steady rise with quite a few corrections as well that indicate enhanced volatility due to the uncertainties...