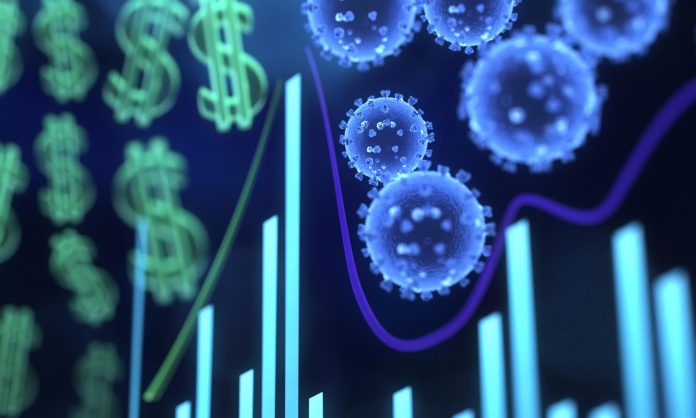 Corona virus has taken over our lives in a far more intense and wide spread manner than we probably ever imagined. Some of the changes might be limited to the time that we all dream of aka the day that a vaccine is made commercially available. However, this period of lockdown and social isolation could also herald key, intense behavioural changes considering we are well past the 21 days often quoted as the time scale needed to develop a habit. Some of these changes could mean long term impact for select sectors, positively or negatively. So, today, let’s see what some of the current business forecasts seem to tell us.

While the short term impact on the sector is out there for everyone to see, there are question marks raised on whether it will ever rise back to it’s former glory. This crisis is also different from the last time when flying induced a fear thanks to the 9/11 incident. There it was limited to a one-off event and gradually as the event receded into the recesses of collective memory, the industry recovered. This time it is predicted that overseas leisure travel may have lost it’s sheen. However, the biggest kick in the gut that we foresee for the industry is a permanent drop in business travel. With this forced remote working, businesses are now well aware that some travel, especially the one-meeting trips can easily be replaced by modern communication technology. As this Forbes article predicts, business travel could see a permanent 5-10% shaving off in volume.

Pretty much the twin brother of aviation, hospitality could suffer from a lot of the same woes. In the near term, considering people are mostly focused on spending money only on the basics, holidays seem to be a distant dot on the horizon. Let’s also not under estimate the role of fear which could lead to avoidance of venturing too far outside home. More importantly, many hotels have common areas that tend to get crowded, which will only raise red flags in the post-Covid era. In this regard, only time will tell whether home stays might have an edge with reduced human contact yet the payoff of doubtful cleaning and hygiene standards. Shrunken business travel will play it’s part in reducing the room occupancy for the hospitality sector too. Not just meeting trips, but we are pretty sure the days of large groups of business executives letting their hair down on company-sponsored trips is off the table for some time.

Few years back, Buffer created ripples announcing a fully remote working operation spread across the world. Quite a few people scoffed at the idea, allowing themselves the thought that it is a possibility only for a small software company. With this pandemic, most companies have been forced into remote working, only to realise that they and their balance sheet like it very much. While complete remote working may not be practical, down sizing of offices without the compulsion of a daily commute could well be the future. This movement might be spurred initially by software companies considering their barriers are lowest. In India too, we are beginning to see companies scrambling to make it possible wherever they can. This is bound to spell a difficult period for commercial real estate as the dependence and attraction of swanky offices could well continue to spiral down in the long run.

In this period, when we have spent an extended time at home, everything and every activity seems to have a different shade. Even as we take tentative steps back to work, leisure may look different in the long run. Watching movies in dark, crowded spaces to the accompaniment of over-priced popcorn may lose to streaming the movie on a TV in a closed group, intimate setting. Brushing against complete strangers on dance floors while catching up with friends for drinks could well morph into house parties. While IPL is still eyeing a slot in October-November if the T20 World cup gets pushed, only time will tell whether people bite that bullet. Few years down the line, leisure is bound to look different and companies in this sector will need to continue evolving and finding the next horizon. So, a company like BookMyShow where the bread and butter is through entertainment events and leisure activities is trying to adapt by moving to online streaming of events but the revenue model may not be that robust.

We have now heard enough about the awe inducing roller coaster ride oil prices have had this year. From the unimagined negative prices on the futures to almost touching $34 a barrel, this is one asset class that has kept us glued to our seats. However, in the short term oil prices may not have much more leeway to increase. In the long run, if some of the factors being forecast like more remote working, less travel, less large scale leisure pan out, the demand for oil could stabilise at a far muted level. Atleast on this aspect, we have a silver lining. Less long term oil demand means less pollution, less greenhouse effect and longer duration that the existing supply would last us.

Brownie points if you can guess what is the floating buzz word we are focussing on here. You got that right – digitisation. So, while IT companies can certainly look to have higher importance thanks to this pandemic, we are talking about a far more expanded view. It could be communication technology like Zoom which has literally seen it’s stock prices zoom up despite the security threat discovered in between. Edutech or digital education platforms too are having their day in the sun when many of us locked-up people are trying to boost our spirits by atleast attempts at upgrading our skills. Apart from these, almost any company which is able to bring experiences home that you otherwise would have to venture out for is bound to see a lingering uptick. Be it like a Cult Fit which plans to shift from physical primarily to app based fitness or even your very own Moneyfront which makes investing handy at the click of a button.

The one thing that this pandemic has done is to bring to blistering focus the terrible inadequacy of our health infrastructure. Currently, India has a mere 0.5 hospital beds per 1000 people and this ratio is bound to be even more woeful when we look at bigger, densely populated cities. It is hoped and expected that in better times, the need for more health infrastructure will translate to action. This could include increasing the number of hospital beds, more medical equipment, trained staff and even more medical colleges for a better pipeline. Sometimes, we humans need a major jolt like a pandemic to realise the importance of basics like health and spending on it’s infrastructure. In that regard, coronavirus has been one rude wake-up call.

Just some time back, Uday Kotak raised quite a furore when he publicly wondered if we are looking at a permanent habit shift towards pooled public transport instead of the erstwhile aspiration of car ownership. This covid pandemic may well shift the needle again and turn out to be the auto industry’s hail mary. In China, the precaution of reducing contact with people has led to a 4.4% increase in April in car dispatches giving it growth after an almost 2-year hiatus. In India, this trend could well be replicated and seep in to the two wheeler sales as well.

When we think of mortality and personal finance, generally the following word is insurance. This situation has made almost all of us sit up, realise the fragility of life and take notice of monetary adequacy levels in case of what if. It is only now that most of us are also beginning to realise that hospitalisation and it’s resultant costs could happen to anyone. Today, the costs of life insurance or health insurance premiums seem to be a necessity that cannot be pinched on. By the time the nightmarish memories of this period begin to fade, insurance could well have become a habit amongst us. E-

While Indians were just beginning to get comfortable with the idea of ordering things online, now they are literally forced to do so. Even as the lockdown starts easing up, it will be months before people voluntarily go to crowded places like malls. Whatever reservations we may have had, most of us will end up trying new categories in ecommerce. A lot of experts attribute the SARS crisis and the avoidance of crowded areas as factors that led Alibaba to rise to prominence. Maybe this pandemic will spell the rise of other ecommerce giants across the world, including India.

While some sectors will take this opportunity to shine through it, some will evolve to emerge in a different form altogether and some could even go belly up. As Winston Churchill once said, “Never waste a good crisis” and some companies will truly live up to that adage!

Pros and Cons of Globalization

3 Pointers To Consider While Picking An apt Financial Advisor

Ved - June 16, 2021
We reach out to doctors for full medical health check-ups. Our taxes and ITR fillings are done by a chartered accountant. We...