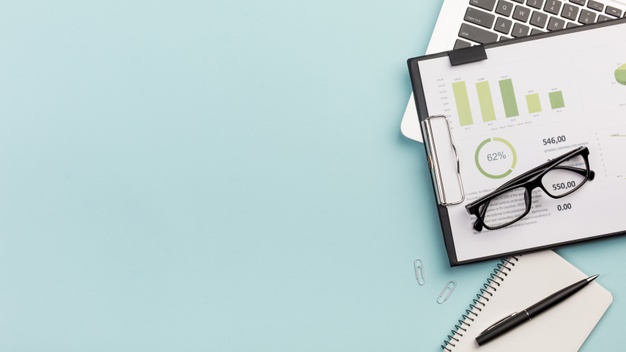 You would have to be living under a rock if you do not know about the upcoming Union Budget to be presented in the Parliament on 1st February, 2020. This is also one of the most unique budgets riding on simultaneous waves of pessimism and hope. Pessimism considering the dark numbers about the state of the economy being revealed almost every other day. Hope for the kind of fiscal magic the budget has a potential to unravel. Almost everyone in the financial domain is rubbing their hands in anticipation to see what coming Saturday brings for us. In such a scenario, let us look at a few things that could be on the agenda.

The biggest and most talked about factor this budget is the Personal Income tax. Although, to be fair, almost every budget ends up tweaking something or the other here and there when it comes to Income tax for individuals. However, murmurs in the market this time seem to suggest we could look at some major changes this time. These could be on the lines of lesser slabs, lower tax percentages and the likes. The idea is that it gets more disposable income or liquid cash in the hands of end consumers which they will end up spending (or hopefully, investing) giving a much-needed boost to consumption.

For it’s population and economic size, Indian capital markets are still woefully small. We are still slowly, very slowly transitioning from physical assets like gold and real estate to investing in financial assets like debt and equity. There is a possibility that there could be changes in Section 80C to encourage more retail investments. This could mean either an increase in the limit of Rs. 1,50,000 or even an inclusion of debt mutual funds as a tax exemption category to encourage risk averse investors, keen on tax saving. You know nothing gets us Indians more excited than getting a deal, and no deal is sweeter than saving on Income tax. This really could work!

Enough and more studies have shown a direct, speedy connection between infrastructure spending by the government and revival in economic activity. While Nirmala Sitharaman announced an ambitious plan to bring about infrastructure spending of Rs. 1 Lakh Crore in her first budget a few months back, we are yet to see proof of that pudding on ground. This budget could and hopefully should see more concrete time-bound plans around this spending.

4. Stimulate real estate to close on the supply demand gap

Let’s face it. Real estate had a really really good run from 2001 to 2007 and that was bound to be followed by a cyclical slump. The phrase to note here is cyclical. However, the current woes of the industry are deeply structural in nature. There is a yawning gap between the demand and supply of real estate, especially residential. While buyers are looking for properties, a lot of them don’t seem to be convinced with the prices being quoted. We can see ghost towns in different parts of most top Indian cities with shell units waiting to be bought but sellers refusing to see the value in bringing the prices down. While there was a regulation brought in to ease in taxation of second property, it ended up making things easier for investors and not the end users whereas investors wouldn’t see the point unless end users also start fuelling the demand. It is one vicious circle which is crying out to be broken by well-thought out policy regulation.

The main objectives of GST were to simplify indirect taxation, the tax paid by end users on consumption as well as reduce the possibility of double taxation for producers. Such a big change was bound to have teething issues but the challenges of GST have lasted far longer than anyone foresaw. There is a probability of simplification of GST being on the FMs agenda. This could be through a uniform tax rate or simpler processes.

6. Doing away with DDT and the woes of double taxation

DDT or Dividend Distribution Tax is the taxation imposed on source by the company before distributing dividends to investors. However, beyond Rs. 10 Lakh, individual investors also end up paying tax on the received dividend, leading to double taxation in the hands of the investor. The budget might bring about relief on this front.

One of the biggest strengths of the Indian economy is that it is fuelled by two engines – exports and domestic consumption with consumption making a lion’s share of production. For the last two odd years, this consumption has been in a bit of a sluggish phase. In India, even today majority consumption comes from the rural areas. While the government has enough rural schemes to keep encouraging employment, health, living indicators as well as health, we might see some more overtures by the government to either increase income or spending.

The government is the chief financier of the economy. More the government revenue, more government spending, more job creation, more income in the hands of people, more consumption leading to more production and value creation. PSUs were set up with an objective of generating aforementioned revenues for the government. However, today, there are a lot of PSUs from which the best prospect of generating revenue is really by selling them off to some private sector entity for a price. This implies reducing investment or disinvesting in those PSU companies, either partly or completely. While plans have been afoot and proclaimed for a quite a few such units, we might see an announcement in this direction too.

As you can see, there is a lot of suspense just waiting to unfold hopefully in all it’s glory come 1st February. Hold on to your seats and embark on this ride of watching the economy with us.

Mohit Gang - January 1, 2020
And the new year is here. So is the new decade. The best thing about a brand new year is the fresh...