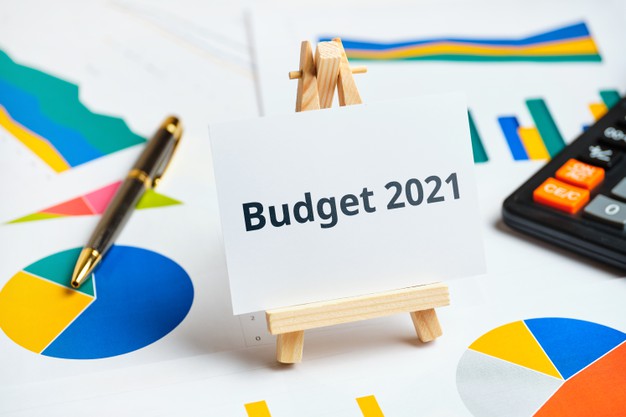 DSP Mutual Funds’ opinion on what Budget 2021 will be:

Q. Where is the focus of Government expected in terms of expenditure? – other than health and education. Can the government mobilize more expenditure towards capital expenditure?

1. This government seems to believe in stimulating the economy through spending on capex rather than quick fixes in the form of cash transfers, which is good and more sustainable.

1. Bad Bank: There is increased media speculation about the creation of a bad bank, and this has been in the media for a few years now in fact. In our view it is possible, but the use-case is limited as we are behind peak NPAs in the corporate segment, and resolutions are picking up.

2. Capitalization: The PSB GNPA ratio was 9.7% in September 2020 and this may increase to 16.2% by September 2021 under the baseline scenario and 17.6% at the severe stress scenario, according to the latest Financial Stability report of the RBI. Parliament had in September 2020 approved INR 200bn to be made available for the recapitalization of PSB through zero coupon bonds. However, this was struck down by RBI. As such, government would be under pressure to find recourse for bank recap. There is not much room to recapitalize banks through budget and the previous decision of bank recap bonds has proven to be costly as it carries huge interest liabilities. Govt would be conscious about the funding needs of banks as they do not want industry to experience credit tightness especially when economy is recovering.

Q. What key things you expect in the budget to give a boost to the Make in India and Aatmanirbhar Bharat. Any other key announcements on similar lines do you expect?

1. The upcoming budget should likely build further on Aatmanirbhar Bharat. The first instalment of extended PLI scheme for manufacturing firms (US$20bn, 0.6% of GDP over next 5-years) is likely to feature in FY22 budget. We also expect custom duty hikes across many finished goods esp in sectors such as electronics, EVs, rubber, furniture, renewable and expect custom duty cuts in raw materials or intermediates used for producing the final products. In line with Atmanirbharta, also expect some announcements in promoting indigenous defence manufacturing and support to MSMEs and start-ups.

2. We may also see increased outlay towards affordable housing scheme and a higher focus on privatization proceeds (to take advantage of strong global and domestic capital markets).

1. In general, we do not think government is going to give any nasty surprises when it comes to taxation esp since they would be sensitive to the fact that recovery is nascent and needs support.

2. There is some chatter regarding potential COVID-19 cess (for direct taxes) on higher income individuals which could be largely temporary.

3. We do not rule out announcements of higher customs duties, higher excise duty on petroleum products as well as prohibition of certain items to discourage finished and semi-finished goods being imported in the same sectors as part of Aatmanirbhar Bharat vision.

Q. Boost economic growth, create new jobs, increase per capita income – what do you expect from budget to achieve this?

1. The budget this time around will be playing a balancing act between (1) managing the elevated public debt which will constrain the government’s spending impetus, and (2) need for stimulating the economy post the pandemic shock. We believe providing support to economic activity will outweigh the debt sustainability concerns if any.

2. For job creation a big thrust is going to be on urban affordable housing for urban jobs and record high allocation on MFNREGA for rural jobs.

3. We believe the key is to push the private capex cycle for a sustainable growth cycle and for that the government continued focus to push for public infra spending and promote manufacturing through PLI scheme / changes in labour laws / other reforms will be essential.

Q. Any key reform announcements you would like to see in the budget?

1. Privatisation will be key to watch out for.

2. The Government might consider setting up a bad bank (as mentioned above) and also provide a roadmap for funding long term infrastructure projects under National Infrastructure Pipeline (NIP)

3. Policies and measures that promote manufacturing to further support the already announced PLI Scheme under Aatmanirbhar Bharat and thereby give domestic manufacturing a fillip. Additionally, we also anticipate the government to chalk out a realistic medium term divestment and asset monetisation plan.

Q. The overall tone of the budget is likely to be – 1) pro growth 2) populist 3) Mixed 4) As earlier budgets – unclear

1. We expect budget to be a mix of pro-growth (reform-oriented) along with a populist tilt given the stress in the unorganised sector and rising unemployment owing to the pandemic. The Government may keep an eye on this constituency given important state elections coming up.

2. On the growth side, we expect the theme of the budget to focus on sustained growth recovery from pandemic disruption focus on investment driven growth. It will be more as per the earlier budgets in our views as the government continues to push for its infra and investment driven growth objectives. The decisions of this government since it assumed their new term, they have been quite pro-industry whether it is corporate tax cut, labour reforms, agri reforms or the massive domestic industry protection through custom duty hikes for Atmanirbhar.

These views are shared by DSP Mutual Fund.

Making Money should never be so easy!

Mohit Gang - January 15, 2021
We are living in times where free money is literally everywhere. Pick anything on the bourse and you are bound to get...