Home Investment Options All You Need to Know About an IPO Before You Bid! 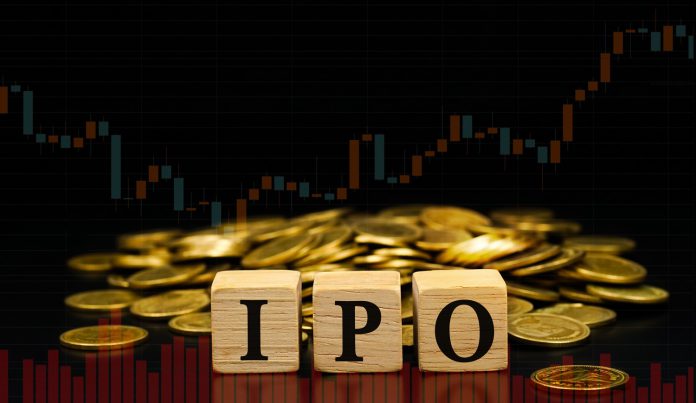 The IPO frenzy has taken over investors’ minds in the last few years, which sometimes leads to a lot of confusion about which IPO is worth the investment! So, how does an investor understand and determine which IPO to place his bet on? What are the factors to be considered before making the bid for an IPO? This article will give you all the insights into IPOs right from the basics.

The credit for conducting the very first modern IPO goes to the Dutch in the year 1602 when the Dutch East India Company (VOC) offered its shares to the public. Officially, VOC was the first company to list on the stock exchange. In the year 1783, in the United States, the Bank of North America came up with its first IPO. As years passed by, the sudden boom in the dot-com industry saw a rise in Tech IPOs. Post the financial crisis that was seen in the year 2008, the IPOs came to a standstill. However, this year 2022, has become the year of IPOs with a humongous number of IPOs creating a frenzy among investors. So, what exactly is an IPO and how does a company benefit from it, and what is the process of an IPO? Let’s dive into some of the basics!
​

An IPO – What does it mean?

An IPO or Initial Public Offering is the process that gives a company the opportunity to raise capital for its growth and expansion by way of issuing shares and inviting the public to purchase the shares. When an investor opts for the IPO and purchases the shares of a company, they get ownership in proportion to the value of shares purchased. Once the shares are listed on a stock exchange, the investor can begin trading in the company by way of either selling or buying additional shares. A company needs to match the requirements meted out by SEBI and the stock exchanges to proceed with its IPO. Companies plan the strategy of their IPO with the help of investment banks.
​

For any company, an IPO enables it to raise enough capital for its future growth and expansion. It also proves to be beneficial to a company in terms of transparency and credibility that can help the firm at the time of borrowing funds. A private company grows with the help of a few investors/shareholders consisting of its founders, family, friends as well as professional investors like venture capitalists/angel investors. Once the company maturesand is capable of facing the regulations and responsibilities, it decides to go public. Private companies that have very sound fundamentals along with the proven potential of profitability can easily qualify to conduct an IPO, taking into consideration the competition and ability to meet the requirements of an IPO listing. An IPO includes two phases – (i) pre-marketing of the IPO, & (ii) the IPO. Whenever a company intends to conduct an IPO, it can either advertise it to the underwriters by inviting private bids or the company can promote interest by putting up a public statement on its IPO. A company chooses either one or many underwriters who will lead its IPO process, and they are involved in the due diligence of the IPO, document preparation and filing, marketing, as well as issuance.
​

The IPO Team generally consists of lawyers, underwriters, certified public accountants (CPAs), and the SEC or Securities and Exchange Commission experts, who are in charge of various aspects and processes of the IPO.
​

As we are well aware, an IPO aims at raising capital for a company. However, there are a few more advantages of an IPO.

I. The company can raise capital via the general public thereby giving the company access to a huge investing public.

II. The equity base of the company gets diversified.

III. It creates transparency by way of the quarterly reports and this helps a company at times of borrowing in securing favorable terms.

IV. It generates a lot of opportunities to raise finance by way of convertible debt, equity, bank loans at cheaper rates, etc.

V. A company can retain its skilled employees by way of ESOPs.

VI. It increases the public image, reputation, and exposure of a company which in turn will positively impact the growth and profits of the firm.
​

When a company decides to opt for an IPO, there are a few disadvantages that it could face, a few of which are:

i. The process is an expensive affair and the firm could incur a lot of legal, marketing, as well as accounting costs.

ii. Disclosure of business methodology, secrets, as well as business information on finances, taxes, and the like which could be helpful to its competitors.

iii. A lot of time and effort is required on part of the management.

iv. There also is a risk faced by the company of the IPO price not being accepted by the market.

v. Voting rights in the hands of new shareholders could lead to loss of control over the decisions of the company.

vi. Another risk confronting the company is that of regulatory issues, for example, shareholder actions,
litigation, etc.

Alternatives to an IPO

Going for an IPO includes a lot of risks, ongoing expenditure, lot of time and effort of the management. A company could choose to remain as a private firm and opt for other alternatives such as direct listing, or dutch auction.

An IPO that is held without the services of an underwriter and by avoiding the underwriting process is known as a direct listing. Though there is a risk in case the offering doesn’t perform well, there is also the advantage of a high share price that would be beneficial to the issuer. This option is great for well-known companies that have attractive businesses as well.

A Dutch auction is where the price of the IPO isn’t fixed. The potential buyers can place bids for the shares
with their price offer. The shares get allocated to the bidders who offer the highest price. Examples of
companies that conducted the Dutch Auction are Alphabet (GOOG), Interactive Brokers Group (IBKR), The
Boston Beer Company (SAM), and Morningstar (MORN).

Factors that affect the Performance of an IPO:
​

There are a few factors that could possibly affect the IPO and its returns. They are:

Take a look at any IPO Chart, and it will indicate a steep downturn after some months of the IPO. This happens due to the expiry of the company’s lock-up period, which is indicated in the lock-up agreement signed between the underwriters and the company insiders (officials, employees). During the Lock-up period, which could be between 3-24 months, the company insiders are prohibited from selling their shares. According to Rule 144 of the SEC law, the minimum period is 90 days. So, on the expiry of this period, it could lead to an excess supply of the stock.

Earning quick profits by reselling the IPO stock immediately in the initial days is known as flipping.

Waiting periods could be included in the offer terms by investment banks wherein some shares can be set aside for purchase post a certain period. In case the allocation is purchased by the underwriters, it could lead to an increase in price and vice versa.

Tracking stocks are created when a company converts its subsidiary into an entirely new company (called a spin-off). So, what’s the motive behind the spin-off and tracking stocks? In some scenarios, such a company’s worth could be much more than what it was as a whole company.

To sum it up, we can consider an IPO to be similar to a fundraising activity, where companies sell their shares to the general public for the very first time and the ownership switches from private to public. Once the IPO is completed, the shares of the company get traded on stock exchanges. Companies opt for this method of raising capital as it also gives liquidity to the founders as well as early investors. With the current frenzy taking over the markets, you must have already realized that the demand for the new IPOs is higher than the supply! So, if you have applied for the shares of any of the IPO’s there isn’t any guarantee that you will actually be able to secure the shares. You could invest in an IPO through your brokerage firm or a mutual fund. As an investor, you must look into the company’s prospectus, financials, risk tolerance, business prospects, etc., before you decide to invest in their IPO. Once you have finalized the IPO you wish to invest in, all you can do is place your bid and wait for lady luck in the allocation process! Wish you all the good luck you may need for any upcoming IPOs!

5 Reasons To Add Spice To Your Portfolio With Foreign Equities

In a volatile market, why is it better to invest via...

Yonita Alvares - March 12, 2021
Rahul forayed into the world of investing a few months ago. As per advice from his friends, he started with SIP investments....