Home Market News 5 key events of 2019 that had a significant impact on the... 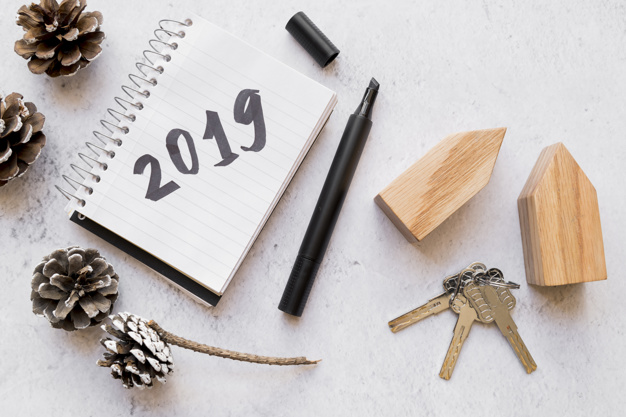 And another year draws to an end. 2019 has been an eventful one, to say the least. Be it in the political scenario or in the movements of markets worldwide. To wrap up the year, here’s looking at five of the big bang events which had ripples of effects this year and which may continue in the next year as well.

The first half of the year was mostly spent in anticipation of the elections, it’s results and the kind of government that took oath in the country. In mid-May, on the day that the results came in, it became clear pretty quickly that we were looking at a 5-year reign of a stable government with an absolute mandate to rule. While most investors expected the slump in the markets to go away and for the numbers to start zooming all the way up, what did happen was a steep roller coaster ride. Buoyed by the news of a single-party government, markets raced ahead to set new intra-day highs with Nifty touching 12,000 and Sensex breaching the 40,000 barrier. However, on the back of weak global cues, a lot of investors looked at this as an opportunity to rush in and book profits. This showed in the fact that unexpectedly enough, the markets ended up closing at slightly lower numbers than what they started with.

This was one of the most positive steps taken by the government to give a longer-lasting boost to the market. What is price after all, if not a factor of the earning of the under lying stock? To give a lift to those earnings, Nirmala Sitharaman announced a new corporate tax regime. The base corporate tax rate for domestic companies was reduced from 30% to 22%, subject to no other incentive or exemption being availed of. The effective tax rate, including all surcharges and cess now stands at 25.17%. She also introduced a lower base tax rate of 15% for any new domestic company incorporated on or after 1st October, 2019. The company should be making fresh investment into manufacturing and start it’s operations before 31st March, 2023. While the sentiment swing and cheer in the markets was quite short lived, we are quite sure that this move will have long lasting positive effects for the economy, once the companies start either passing the benefits to customers or show it in the balance sheets.

US and China pretty much hogged the lime light this year. We all waited to see will they make up or will the stale mate persist? With every Donald Trump tweet and every photo op between the two leaders, the market was happy to bounce around. While the uncertainty is nowhere near over, for now the probability that tensions might dissolve and come to an amicable end is high. In case, you are interested to follow the various twists and turns of this still-continuing saga, check out this  insightful timeline aspera BBC article.

A bond yield is a graph charting the yields from bonds of varying maturity. Under normal circumstances, long term bonds have a higher yield than the short term bonds. However, 2019 was a year when the US bond markets made global headlines for their inverted yield curve. This meant that their short term bond yields were higher than the long term bond yields. Historically, this is an event which has signaled an upcoming recession. The silver lining is that even though the gap in the yield vis-à-vis maturity has been shrinking in India, the curve is still standing on its’ feet and resisting all push to inversion. To top it up almost $17 trillion worth of bonds globally are trading in negative yields. Its an inverted world for sure – or are bond prices indicating more than what meets the eye. We will know it in 2020!

With so much economic uncertainty in almost all pockets of the world, a lot of investors did what humans have been doing through the millennia – rushed to the safe havens of gold. Since time immemorial, gold has always been considered to be a precious metal. When other assets seem to be doing well, gold quickly loses its luster which shows in an average return of less than 3% per annum in the period of 2011 to 2018. Compare this to the way gold prices have raced this year. Starting at Rs. 32,660 for 10 grams of 24 Karat gold to reaching a staggering figure of Rs. 39,235 by December 21, the returns came in at a hefty 20%! (Source: Google) Will gold keep giving such stupendous results? Probably not. But one thing is for sure. In uncertain times, gold always makes for a good hedge.

While there were other factors that made the markets dance to their tune, these 5 events had a far higher impact and we might continue to see it lingering in the year to come. Let’s see what 2020 has in store for us.

Wishing all our readers and investors a very happy and fruitful new year!